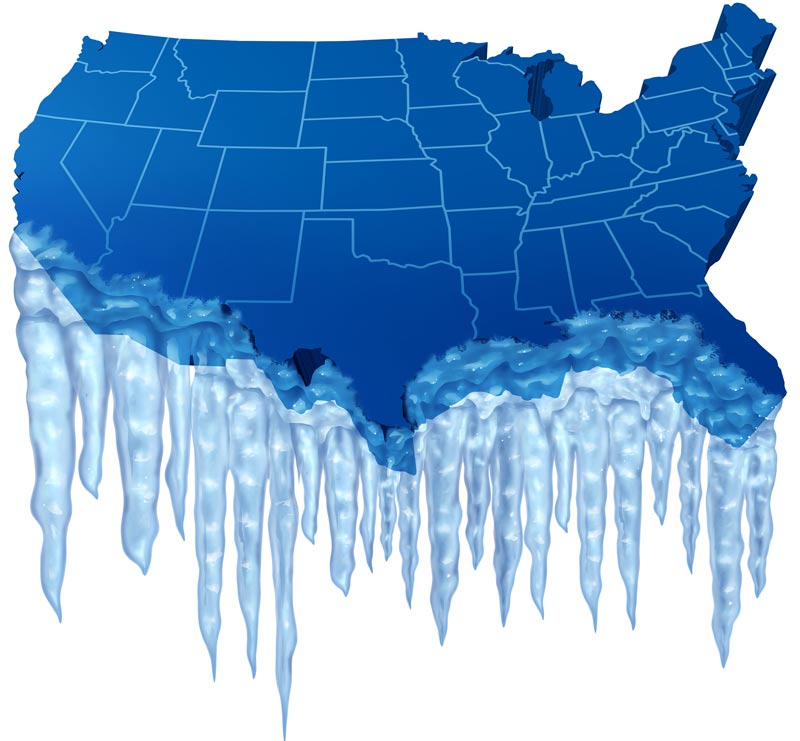 Snow on the beach in the South?

School closures in the Midwest?

Welcome to 2018 and some of the coldest weather in recorded history where “…90% of the United States didn't to warm up to 32 degrees” on New Years Day, as stated by CNN meteorologist Ivan Cabrera. Spanning from Canada to Mexico, over 100 million people are in areas with wind chill warnings and brutal cold advisories. Fellow CNN meteorologist Taylor Ward commented "The cold is here to stay and the worst is yet to come."

According to the National Weather Service (NWS), freeze warnings remain in effect in southern states, from Florida to Texas. On their official Twitter account, the NWS stated an "Arctic air mass will bring a prolonged period of much below normal temperatures and dangerously cold wind chills to the central and eastern U.S. over the next week."

New York and Boston are expecting a drop to  0 degrees by the weekend and a frigid wind chill will make venturing outside for any length of time dangerous. As temperatures continue to plunge, winter storm warnings are being issued across the U.S.

Experts have stated winter storm will spread from Florida to New England as a huge low-pressure system grows off the East Coast. This marks the first winter storm watch issued for the state of Florida in almost four years. Cold air covering the East and South have produced threats of freezing rain capable of coating car windshield, electricity transformers, and knocking down power lines.

After the freezing rain, the NWS predicts a bitter Arctic air will grip states that are typically left untouched: Georgia and Florida. Authorities have already opened warming shelters as the cold has been blamed for nine deaths already.

The Northeast, which is often effected by severe winter weather, is expected to be hit by another monstrous snowstorm once again this year. 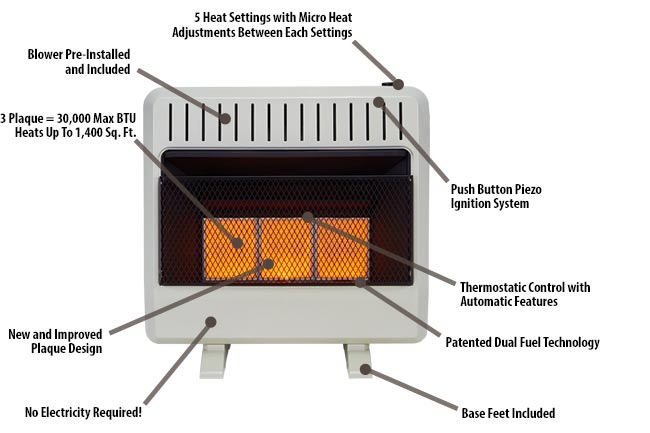 No electricity? No problem!

Infrared Heaters provide immediate warm by distributing a steady stream of heat directly where you need it most.  Due to their focused heat, these heaters can warm an office or living room easily.

Avenger Dual Fuel Ventless Infrared Heater heats up to 1,400 Sq. Ft. and has several features including, but not limited to, 5 heat settings and an automatic thermostat control.