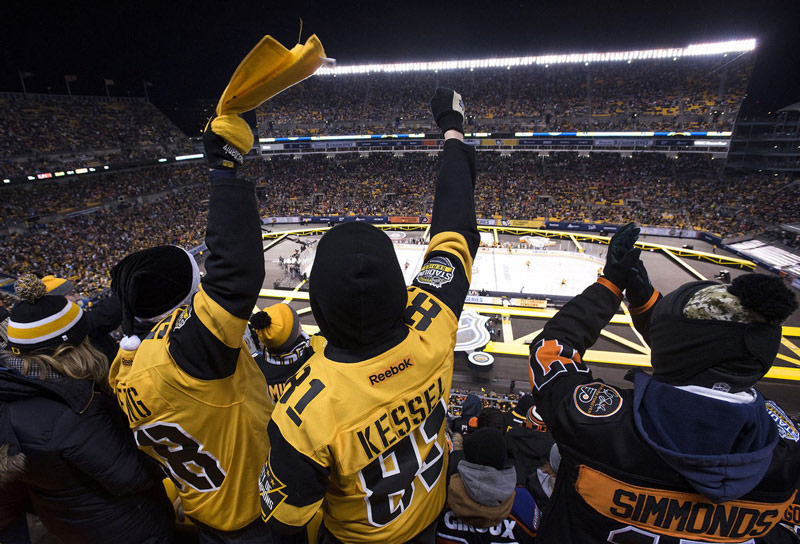 Tailgaters outside Heinz Field in Pittsburgh for the NHL Stadium series admitted they weren’t ready for the sudden drop in temperature. The highly-anticipated outdoor game between the Pittsburgh Penguins and Philadelphia Flyers was held at Heinz Field on Feb. 25th.

“Yesterday I was in shorts, today I’m freezing,” one fan said to CBS Pittsburgh.

The temperature was in the 70's the day before and tailgaters at the game were in shorts and t-shirts but by the time the game was in full swing, a light drizzle had turned into a full force winter storm with wind and ice and snow. Penguin fan Chris Kennedy said, “My wife’s going to use these blankets, I got the pure adrenaline of a great hockey game to keep me warm tonight,” CBS Pittsburgh reported.

The National Hockey League and a dozen of its corporate partners entertained hockey fans in Pittsburgh with The PreGame, the official tailgate party of the 2017 Coors Light NHL Stadium Series™. Held at the parking lot across from Heinz Field, the two-day hockey-themed, family-friendly festival was free and open to the public and feature live music, special appearances, and food and hockey attractions, including the NHL Centennial Fan Arena.

The NHL Centennial Fan Arena also featured the most revered trophy in all sports -- the Stanley Cup®. An announced attendance of 67,318 made the game one of the most attended outdoor NHL games in history!

The NHL has held outdoor games across North America involving 23 of its 30 teams in all kinds of conditions, as cold as 0 degrees at faceoff, as warm as 65. 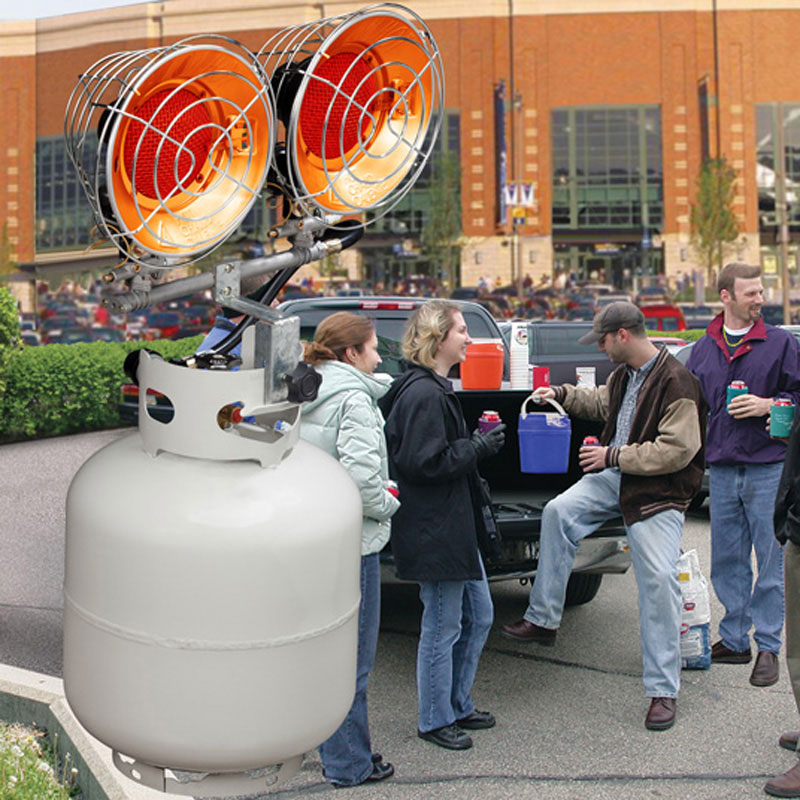 Heat Up Your Hockey Playoffs Tailgate with a Tank-Top Propane Heater!

A Tank-Top Propane Heater is your best bet to keep your freezing hands warm at all Playoff Hockey games.

The heater mounts on top of the same standard propane tank you would use on a gas grill and it has a built-in tool that secures the heater on top of the tank. It also has a safety feature that automatically shuts the propane source off if it gets tipped over.

The infrared radiant heat makes the most efficient use of fuel and easily heats a wide area.

Durability is also important when considering an outdoor heater. You can rely on it even in the harshest environments.

Outdoor fire pits are messy and need a lot of supervision and maintenance but with a Tank Top Propane Heater you don't worry about ashes or wood. There are no air quality issues like smoke that can irritate eyes and allergy symptoms.

Infrared tank top propane heaters are designed to be quick and easy to use and FactoryBuysDirect.com propane tank top heaters are engineered using the highest quality parts to ensure you stay warm no matter the outdoor situation.

These portable propane heaters are CSA approved and include safety features such as a safety tip-over switch for worry free operation.