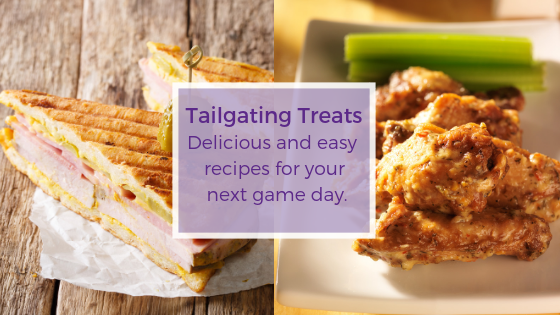 Taking part in tailgating before heading into the big game is a tradition. Friends and family gather in their favorite sports jersey hours before the game to eat, drink and enjoy each other's company. According to National Geographic, tailgating originates back to the First Battle of Bull Run where spectators from different states traveled to cheer on their side to victory. As time continued tailgating developed into a popular ritual people practice at sporting events, especially during football season. Whether you’re hosting a tailgating party from the comfort of your couch or traveling to the stadium, here are some delicious recipes that you and your friends can enjoy before the big game!

Hot dogs and hamburgers are classic tailgate go-to recipes; however, mixing up your menu can be a fun and delicious way to spice up your pregame. Preheat your Duluth Forge grill to 400°F and then combine ketchup, brown sugar, soy sauce, pineapple juice, olive oil, rice vinegar, garlic, ginger, and sesame oil in a mixing bowl. Once the sauce is mixed, place in a resealable bag with chicken for one hour to marinade. Be sure to reserve about a half cup of the sauce to use for later. When the chicken has sat, place it on a skewer with pineapple, onion, and bell pepper, repeat until all ingredients are gone. Place skewers on the grill and brush the remaining marinade on both sides of the skewers. Rotate the skewers accordingly and grill until the chicken registers 165°F.

Sandwiches are a crowd favorite by far and grilling on a Duluth Forge Kamado grill can enhance the flavor of a sandwich. Start the day before the tailgate, combine mustard and mayonnaise in a bowl and spread it on one side of the bread. Layer the sandwich with ham, pork, salami, pickles, and cheese, then place the top slice of bread on the sandwich and wrap twice, tightly in greased foil. Once wrapped, place a large skillet on top of the sandwiches to press ingredients together and let the sandwiches sit overnight in a cool place, such as an Avenger Cooler. On game day preheat the grill and place the foil-wrapped sandwiches uncovered over medium heat for thirty minutes. Turn the sandwiches every five minutes when grilling to heat evenly. Cut sandwiches into eight portions and secure with a wooden toothpick to serve.

Tender chicken wings that you can make in your grill is a perfect tailgating treat! Preheat your Duluth Forge grill to 350°F – 400°F. In a small mixing bowling combine wings, olive oil, salt, garlic powder, and pepper, toss the wings until they are evenly coated. Place chicken wings on the grill for 30 minutes, rotating each wing about three times. Pour shredded parmesan cheese, butter, garlic, and parsley over top the wings and toss to coat. Serve and enjoy with friends.