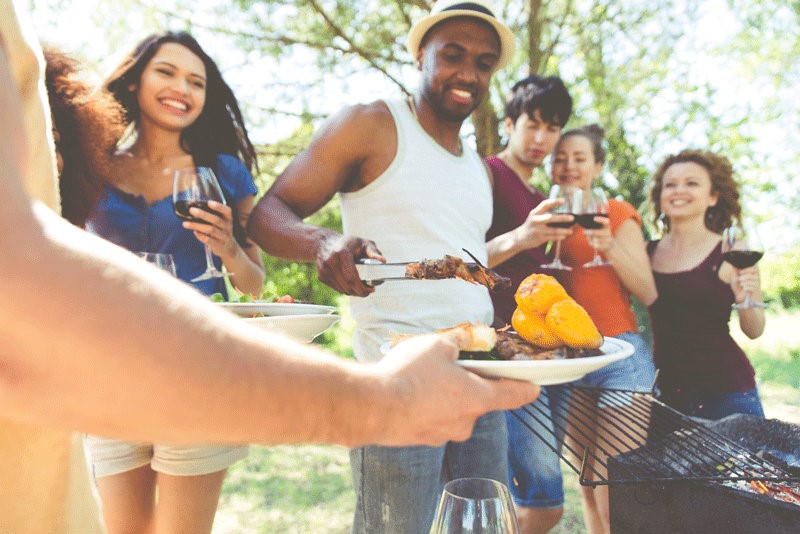 Coinciding with the independent lifestyle that an automobile afforded, portable grills were all the rage in the 30's and 40's. You could even go to any Ford dealership and pick up a grill with charcoal and take it with you in your new car.

In fact, it was Henry Ford who invented charcoal briquettes during the 1920s.

Ford owned a lumber mill which produced plenty of lumber for Ford cars, but it also generated waste in the form of stumps, branches and sawdust.

Henry Ford wasn't one to leave money lying on the ground so he asked a University of Oregon chemist to invent a method for utilizing wood waste.

The chemist combined the sawdust and stumps with tar and bound with cornstarch and called the lumps “charcoal briquettes.”

The ever-efficient Ford shortened the word to “briquet.”

The charcoal was originally sold to meat smokehouses, but by the mid-1930s, Ford started offering “Picnic Kits” which had portable grills and briquets.

It popularized the link between driving your Ford car and outdoor adventure.

This was a time when the country was just building the Interstate Highway System — allowing people to travel anywhere and to live in the suburbs. This also popularized the BBQ concept in America as people had time and space to entertain and make Jello salad. 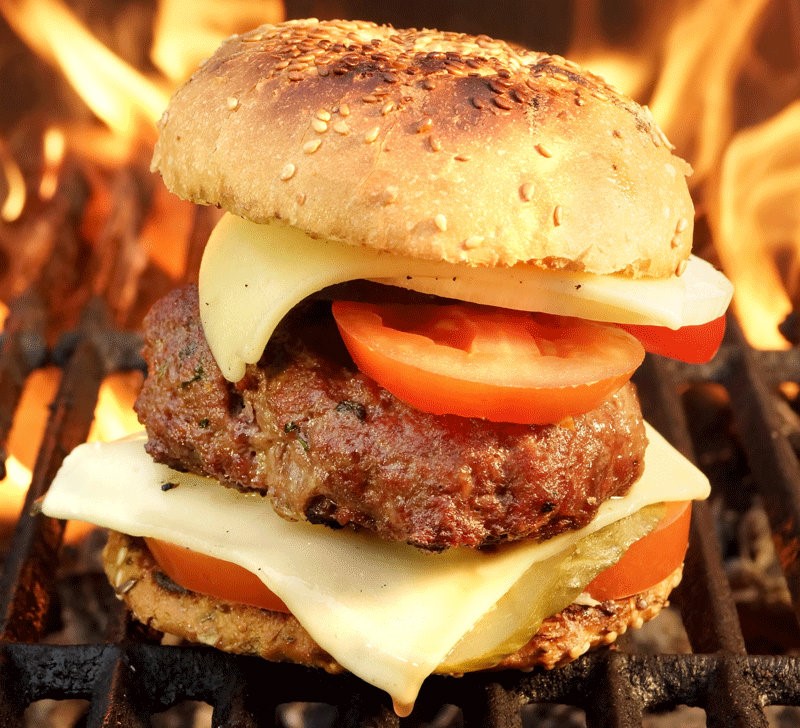 A good way to win approval at any BBQ is to serve a juicey flame broiled burger.

Everyone knows that the hamburger comes from Hamburg, Germany, but the idea of placing it in a bun was purely American.

Burgers were first popularized in the U.S. by German immigrants settling around Cincinnati but weren't eaten between the halves of a bun until the early 1900s.

1. In a large bowl gently mix all the ingredients together until combined.

2. Divide meat mixture into 6-8 equal portions and flatten into a disc.

3. Cook immediately or cover and refrigerate until ready to cook (up to 12 hours).

5. Flip and cook on second side until cooked to desired doneness, 2-6 minutes. 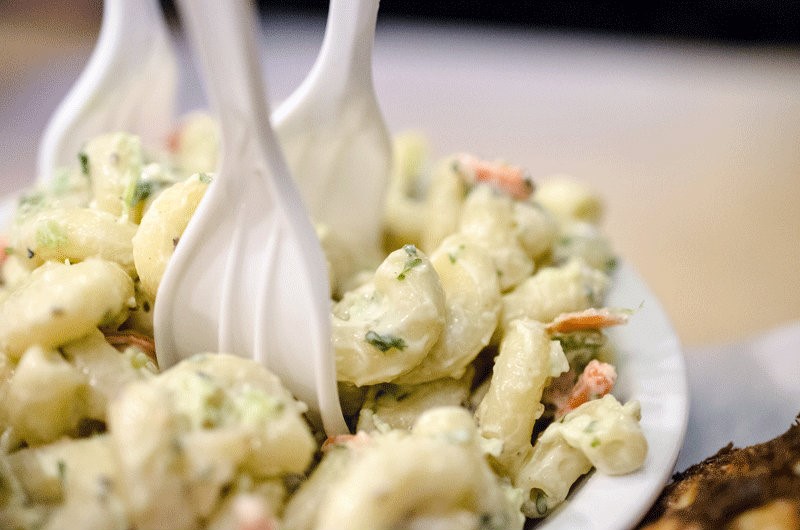 Macaroni salad is a type of pasta salad that is served cold and made with cooked elbow macaroni and prepared with mayonnaise and much like potato salad or coleslaw, it is served as a side dish at barbecues.

We begin to begin to find recipes for macaroni salad in American cookbooks in early 20th century and it has been a staple at parties ever since.

1. Bring a large pot of lightly salted water to a boil and cook elbow macaroni in the boiling water, stirring occasionally until cooked through but firm to the bite, 8 minutes.

2. Drain and rinse macaroni under cold water until cooled.

3. Combine the rest of the ingredients in a large salad bowl until dressing is smooth and creamy.

Easy and colorful for any occasion. 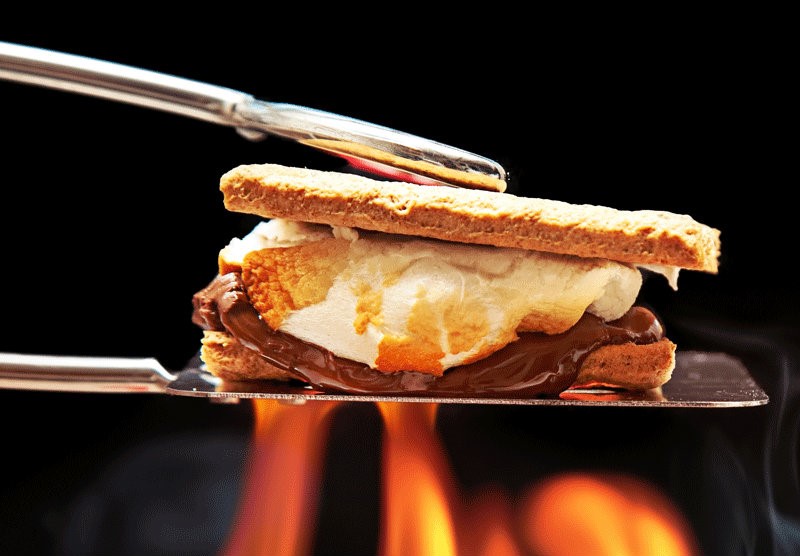 "Some Mores" were first introduced to America in 1927 when a recipe appeared in Tramping and Trailing with the Girl Scouts Magazine.

The sticky campfire snack might have been inspired from the classic Mallomar cookie which consisted of a pair of graham crackers with a blog of marshmellow filling dipped in chocolate.

Marshmallow roasts were all the rage and magazines reported the proper way to eat them was directly off the end of the stick—or off the end of your neighbor’s stick which was touted as an excellent way to flirt.

1. Heat the marshmallow over an open flame until it begins to brown and melt.

2. Break the graham cracker in half. Sandwich the chocolate between the cracker and the hot marshmallow.

“Though it tastes like ‘some more,’” the 1927 directions conclude, “one is really enough.”

Nostalgia is the name of the game with this retro grill and your barbeque will be remembered for the ages. The diner look and feel completes this unique to the Bel Air 4-Burner Blue Cart Gas Grill.